The Blood of Martyrs

During MKII, I wanted to run a fun Thyra list but didn’t have any of the models. I was playing a lot of Kreoss1 and Severius1 lists which had mostly Zealots and Exemplars. I finally found this model for a great price on Ebay. It was a used model that had been primed white but after a bath in some purple stuff, it’s as good as new. The tassels on the blades have broken off and I’m probably not going to replace it. The back fabric panels were not attached, I like the way it looks without it. One of the blades is also chipped on the tip but hopefully I can make it look like battle damage. 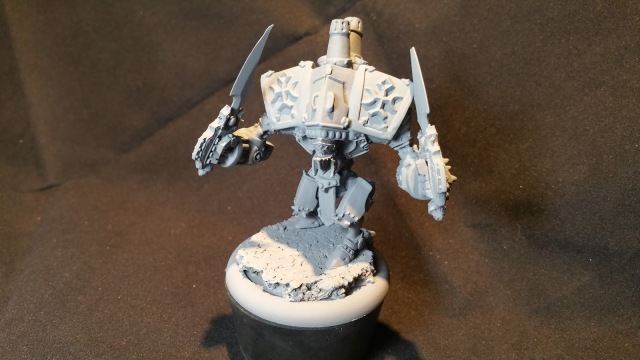