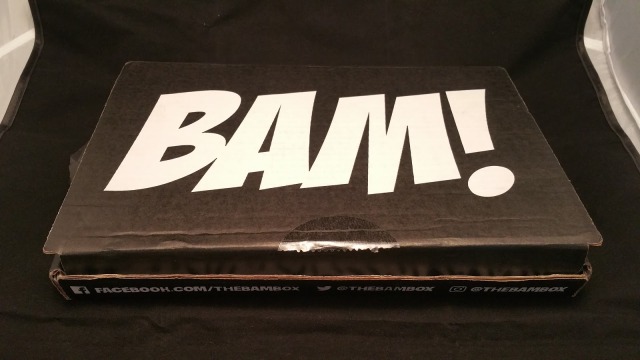 What is the Bam Box?

The Bam Box is monthly subscription box for collectors. Each month contains nerdy and geeky items as well as autographed collectibles. The Bam Box also has an auto upgrade and instant winner system. You could receive extra items or automatically receive an upgrade to an item in the box. Upgrade examples are variant pin, print and comic colors.

The pin for this month is from South Park. You could have received Cartman or Kenny as well. I really like Chef from the earlier seasons of the show. He was one of  my favorite characters before Isaac Hayes went nuts.

The first item is a metal print of Homer Simpson. It’s a very interesting item and would look great on my wall. I love the Simpsons and have been a fan of it since I was younger. My grandparents didn’t like me watching it which only made it cooler! 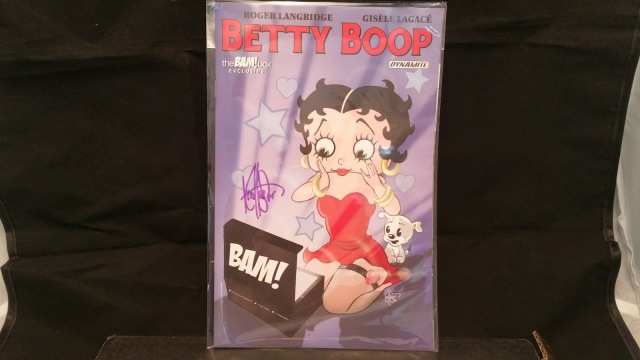 The first autographed item is from Dynamite Comics. It’s signed by cover artist Ken Haesar. Not a big fan of Betty Boop and would have liked something different. The comic books in these boxes have been misses for me. I was hoping for something more mainstream like Marvel or DC. 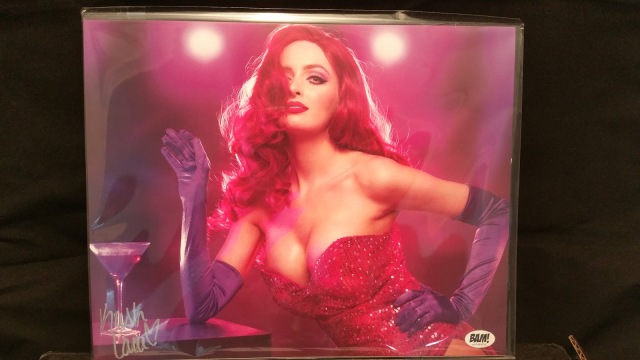 The next autographed item is from cosplayer Kristen Lanae. While it’s a sexy picture, it’s not for me. I’m not a big fan of cosplay and this item is wasted on me. I will probably try and sell it on ebay. 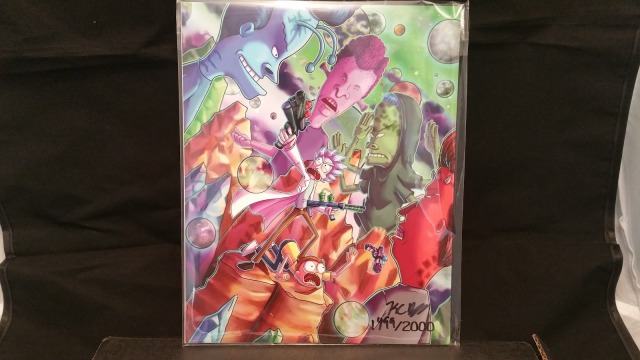 The last autographed item is “Bevis and Butthead Attack Rick and Morty” by KC Day. This is my favorite item in this box since it’s a mash up of two great shows. I will definitely be putting this up on the wall soon.

While this was a great theme the people at Bam Box missed the mark. I was hoping for more mainstream adult cartoon items and something more than just prints. This was a make or break box and I’m sad to say I will not be renewing my subscription. I had high hopes for this service after seeing past boxes but the last two months have been disappointments. I’m sure other subscribers liked all the items this month but I’m not one of them. If the quality and variety of items change in the upcoming months, I may resubscribe.
Lift Heavy and Level Up!

Last month’s theme was okay. Horror films are not my thing but I did like the autograph prints. I was thinking about canceling but then they announced this month’s theme. I grew up watching most of these shows. My parents and grandparents did not want me to watch shows like the Simpsons and Bevis and Butthead. I’m an adult now and I can watch anything I want! I’m excited to see what the prints are going to be this month especially the autographed item. Lets hope it’s something good!
Lift Heavy and Level Up!

What is the Bam Box?

The Bam Box is monthly subscription box for collectors. Each month contains nerdy and geeky items as well as autographed collectables. Bam box also has an auto upgrade and instant winner system. You could receive extra items or automatically receive an upgrade to an item in the box. Upgrade examples are variant pin, print and comic colors. This was my first box and I was excited to see what was in it.

The first thing you see when you open the Bam Box is the monthly pin. This month had a few variations. You could have received Chucky from Child’s Play, Sam (above) from Trick r’ Treat, Billy from Saw or an all red Billy variant as a 1up. I haven’t seen Trick r’ Treat so I don’t understand the reference. Maybe I’ll watch it one day. 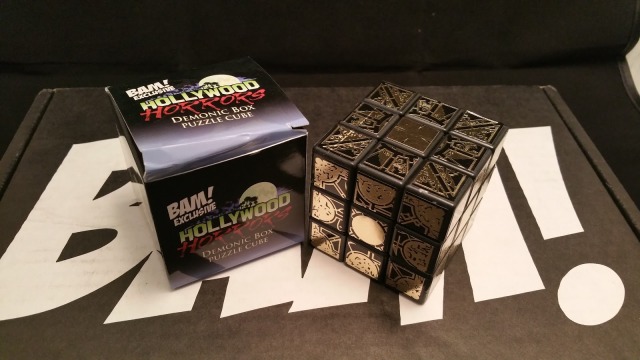 Next item in the box is a “Demonic Box Puzzle Cube”. It’s basically a rubix cube with symbols instead of colors. It’s an interesting piece but I would have wanted something different.

Also included is a badge from the movie Evil Dead. The main character, Ash Williams, is the head of housewares at S-mart. This is a cool item that I may use for a costume next year.

The first autographed item is an issue of Kiss signed by cover artist John Lucas. You could have received an alternate black and white cover as a 1up. 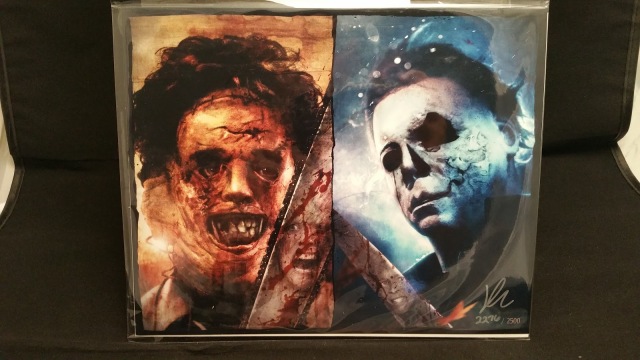 My first autographed print. This was made by John Branham and I could have received another variant of Freddy and Jason. Not bad for the first print. 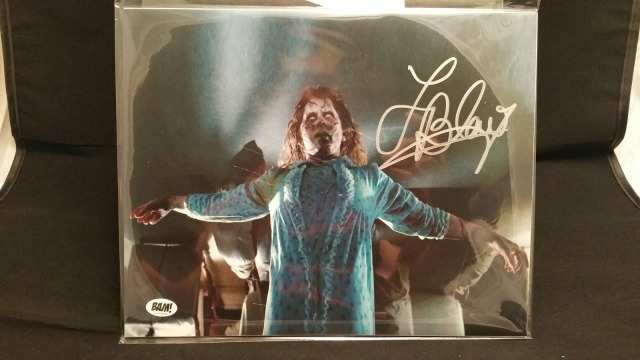 The second print is from the movie, the Exorcist. It is signed by Linda Blair the actress who plays Regan in the film. The alternate print and autograph is from Scream. The picture is os Ghostface and it was signed by Skeet Ulrich. I’ve been watching the Exorcist TV show and I’m starting to love it. This is probably my favorite item in the box.

This was not the best first box for me. I subscribed because I saw a lot of things that I liked in previous boxes but I probably should have waited for next month. The Exorcist print was my favorite item followed by the Leatherface/Michael Myers print. I will probably subscribe for one more month.
Lift Heavy and Level Up!

After visiting the many museums in Europe, I have found a new appreciation for art. We purchased a few prints from various museums and we are planning to hang around our house. Besides fine art, I also wanted to display art pieces from my nerdier side which is why I decided to subscribe to the Bam! Box. This monthly subscription box comes with at least one autographed item and is worth about $60+. Every box  may have an upgrade or limited edition items. 1 in 10 boxes also contains an extra autographed item.

I’ve seen a few unboxings and I like the items that come in it. The signed items are what interest me the most. I hope they include a few prints that I can frame and hang up. I’m not a huge horror fan but I decided to sign up for this month anyway. I hope I get some good stuff. I might cancel after, we will see how it goes.