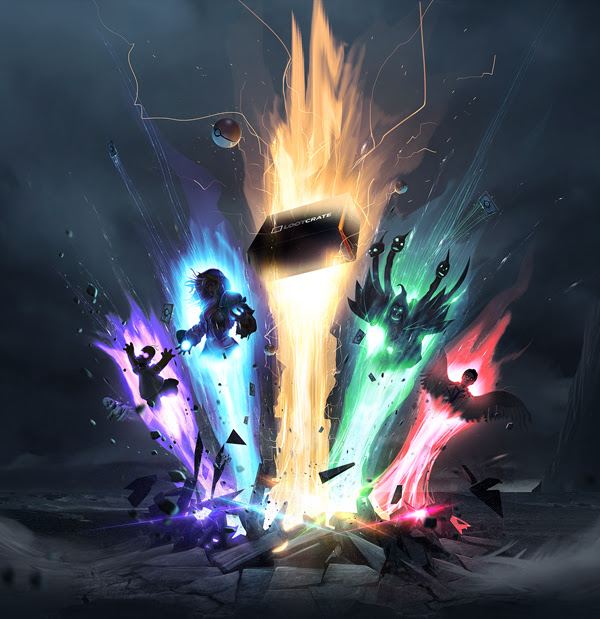 Taken from the Loot Crate site, “Each month, Loot Crate™ ships a themed mystery box of the best geek, gaming, and pop culture gear to a subscriber base of over 100,000 Looters. We emphasize phenomenal support and content, and include gear from some of the most respected entertainment and consumer product companies in the world.” Loot Crate sells for $13.95 a month plus $6.00 shipping and handling. You can save on the costs by subscribing for longer periods as well. Check out the link at the bottom to subscribe.

What’s in the Box

The wearable item this month is a Pikachu hat. I was a huge fan of Pokemon in the late 90’s, playing the original games on Game Boy and playing the Pokemon trading card game. I think this hat is really cool but I will probably not wear it. My little brother on the other hand will love it.

Next up, we have a Hearthstone stress stone and a free Hearthstone in game pack. As a former World of Warcraft player I’m excited to have my own personal Hearthstone! It doesn’t teleport me to my home but it works well as a stress reliever. I play Hearthstone but not competitively. I’m in the free to play camp since I only use gold that I have earned to buy packs and adventures. The free card pack is great as it saves me a 100 in game gold.

Who doesn’t love the Simpsons? Growing up, the Simpsons was the cartoon to watch. My grandmother didn’t approve since she thought Bart Simpson would have a negative impact on my school grades. Still, I’ve been a Simpsons fan for awhile and this vinyl figure is an welcomed addition to my figure collection. The prayer beads and the golden pretzel are a nice touch as well.

If you have watched the Supernatural series you will be familiar with Dean’s sweet Impala. This model car is a Loot Crate exclusive and I will probably leave it on my desk as well. This month also introduces something new, a mobile app called Master Summoner. This game can be downloaded on iOS and Android. The app also has an augmented reality feature which uses the Loot Crate Box. Last but not least we have the monthly button.

Overall, I really like the things in this box. The Hearthstone stress stone, the Homer buddah, and the Supernatural Impala were my favorite items this month. The introduction of the new app and the augmented reality feature is a good step forward. Using the box as an image platform was a great idea as well. I’m excited to see what’s in store next month!