Taken from the Loot Crate site, “Each month, Loot Crate™ ships a themed mystery box of the best geek, gaming, and pop culture gear to a subscriber base of over 100,000 Looters. We emphasize phenomenal support and content, and include gear from some of the most respected entertainment and consumer product companies in the world.” Loot Crate sells for $13.95 a month plus $6.00 shipping and handling. You can save on the costs by subscribing for longer periods as well. The July theme was Heroes 2 which is a follow up to one of the crates from last year. I’m expecting to see some comic stuff and a cool book.

The big item from this month is the QMx Q-Pop DC figure. This figure looks great, it even comes with a cool base. Most of the figures we get in Loot Crate are stand alone models without a base. You can also write a message on the sign. I particularly like this figure since it’s the Batman from the old TV shows. I remember watching episodes with my great grandmother when I was very young. Also, Adam West is awesome.

The Batman multitool is pretty cool and I want to replace my current keychain with this one. It’s a bit heavy which may weigh down my pocket. The Zelda wrist band is cool but I don’t really use wrist bands these days. I’m not a huge fan of Star Trek but I like the air freshener. The “Live Long and Prosper” hand sign  is one of the iconic nerd symbols. I do not know anything about the game Brawlhalla but I will after I download it.

The Wonder Woman poster is done in a WWII propaganda style which is neat. I will probably give this one to my younger sister.

This looks like a book I would like to read. It’s a book of short lived super heroes from actual comics with history and commentary. I like historical books and the comic book industry is an interesting one. 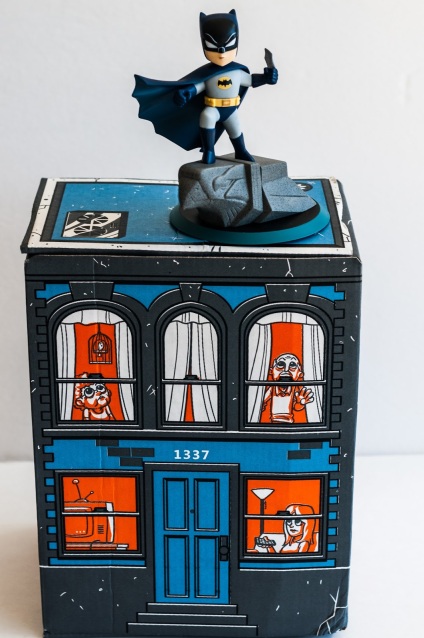 Even though this box did not have a shirt, I actually liked it. The Q-Pop Batman and the hardcover book were my favorite items this month. Overall, I think this month was worth it. Can’t wait to see what the theme will be for August.

If you would like to subscribe to Loot Crate, use this LINK, and the cupon code SAVE3 for $3.00 off your first crate. I also get credit towards free Loot Crates if you use the link. Check out next months unboxing of Villans 2!